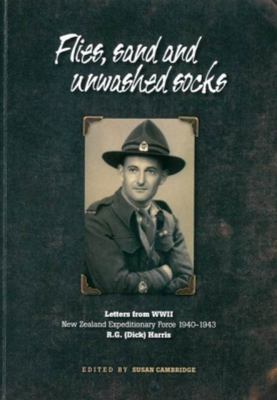 Letters from WWII New Zealand Expeditionary Force 1940-1943 R.G. (Dick) Harris These letters are from Egypt, Greece, Syria, Libya, Tunisia, Italy: Dick Harris travelled huge distances in North Africa, the Middle East and Southern Europe. For more than three years he lived with bombing from the air and shelling fro the ground. He manoeuvred guns and ammunition, lived in slit trenches and tents, talked with people from other cultures, and learned the skills of radio operation. He was a quiet gentle person who liked his own company, read widely, enjoyed writing and painting. World War II brought adventure, exploration, companionship, challenges, hardship and loss. It changed his life forever. This is his story, told in his own words, and the story of many New Zealanders who set out to defeat tyranny and make the world a better place.